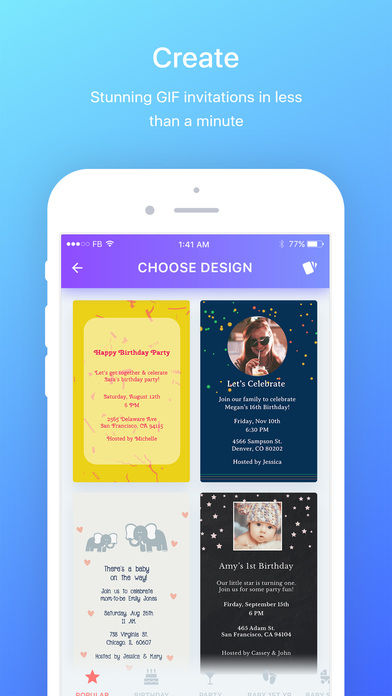 Laura McQuarrie — August 24, 2017 — Tech
References: itunes.apple & digitaljournal
PHILDORA brands itself as a "next-generation party planning mobile app" that allows users to do everything from make fun GIF-style invites to interact with contacts stored in one's phone.

As an all-in-one party-planning app, PHILDORA makes it as easy as possible for mobile phone users to send invites to friends and family. The app also makes it easy for hosts to add a gift registry to send with invites. To streamline the RSVP process, PHILDORA does not require guests to have the app downloaded, as they are able to respond by web link.

As well as being able to track those who opened the invites and RSVPs, app users have the ability to engage with all guests via a message board, as well as get notifications for other upcoming events.
1.6
Score
Popularity
Activity
Freshness