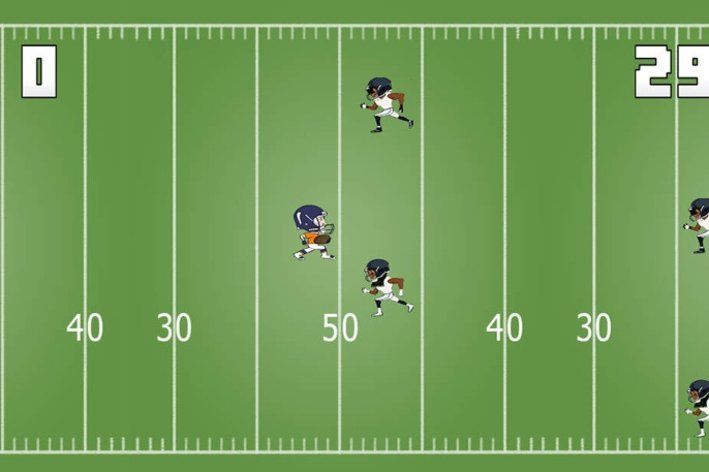 Rahul Kalvapalle — October 20, 2014 — Tech
References: itunes.apple & milehighreport
Share on Facebook Share on Twitter Share on LinkedIn Share on Pinterest
Denver Broncos quarterback Peyton Manning is currently celebrating breaking the record for the most touchdown passes in NFL history, but earlier this year the 38-year-old was in much more glum mood following his poor performance in Superbowl 48 versus the triumphant Seattle Seahawks.

To rub salt into his wounds, his former teammate Brandon King -- who played with Manning at the Indianopolis Colts -- created an app, named 'Smashman', that mocks Manning's Superbowl meltdown.

The app requires you to control a player -- who looks a lot like Peyton Manning -- and score 44 points. However, the game is set up to make it nearly impossible to score that many points.

"The Super Bowl was the most embarrassing game I ever saw him play," said King. "I was like, let me make an app where it's almost impossible to score on a defense."
0.7
Score
Popularity
Activity
Freshness
Get Better and Faster

Sport-Crazed Gaming Apps
The Fandium App Puts Pictures, Tweets and Scores All in One Place