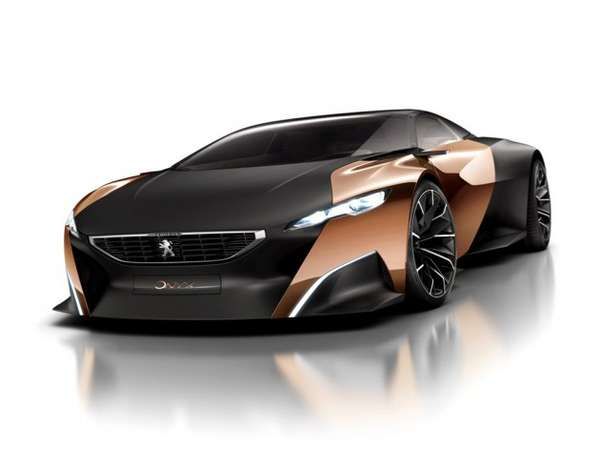 The Peugeot Onyx Supercar Concept is the Future of Sports Cars

Trenton Millar — September 16, 2012 — Autos
References: peugeot & highsnobiety
Share on Facebook Share on Twitter Share on LinkedIn Share on Pinterest
While it's just an idea that has been translated into pictures right now, the Peugeot Onyx Supercar Concept looks destined to be the must-have luxury sports car of the future. As head of the Paris Motor Show, Peugeot will show off a live version of this concept car at the show to an anticipating audience.

The Peugeot Onyx Supercar concept comes with a matte black and metallic bronze paint job. The engine will be a hybrid, which will increase the car’s mileage and make it more environmentally friendly. The interior of the car is something to behold as well. If I didn’t know better, I would say that this car looks like it could blast off into space at any moment.

To see live pictures of the Peugeot Onyx Super concept, check back around September 27, 2012, during the Paris Motor Show.