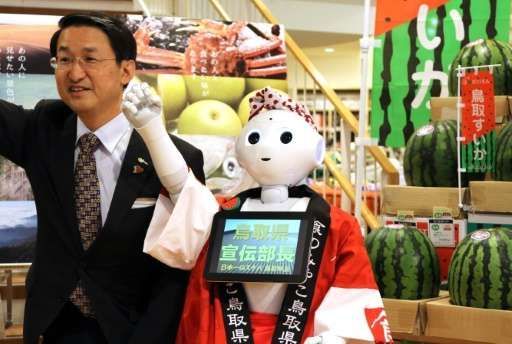 Pepper the Robot Suggests Wine Pairings and Interacts with Shoppers

To introduce Pepper to Europe, her Japanese creators brought seven robots to a large grocery store in France. Pepper the robot roamed the store, approaching shoppers to entertain and assist them. She offered helpful advice such as wine pairings and recipes, and even engaged customers in conversation to assess their satisfaction with their shopping experience.

Aldebaran, the Paris-based company that sells Pepper the robot in Europe, launched in June. Its Japanese parent company, SoftBank Group, sells approximately 1,000 Pepper units monthly. This publicity event was a great way to introduce Pepper the robot to European consumers, and show them and the world how Pepper can be used in everyday situations.
4.1
Score
Popularity
Activity
Freshness
Get the 2023 Trend Report FREE