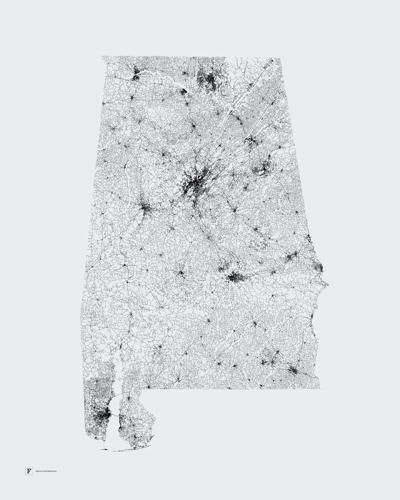 Meghan Young — January 8, 2015 — Art & Design
References: fathom.info & fastcoexist
Fathom is a design agency based in Boston, Massachusetts, that has taken it upon itself to create a series of paved road maps that show just how much tarmac runs through the United States. It has taken away mountain, rivers and place names in order to focus on this specific theme.

The paved road map project was started a few years ago and has since grown to include Chicago, New York City and Pennsylvania. Designer Terrance Fradet says, "We were surprised by how easy it is to distinguish each state, except maybe Alaska which has so few roads. We love that each state has such a unique image." Some parts of the urban landscapes are blank while others are almost entirely black.
0.4
Score
Popularity
Activity
Freshness