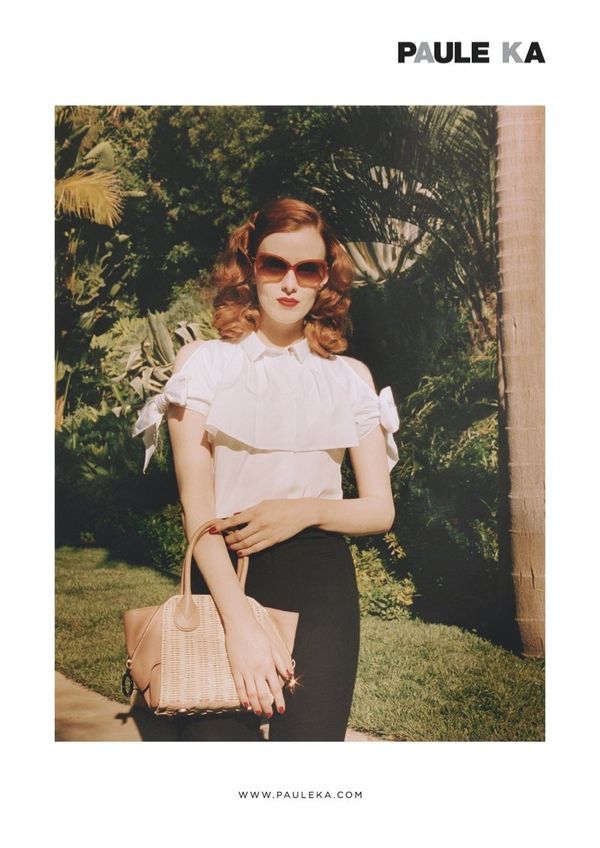 Meghan Young — January 31, 2014 — Fashion
References: fr.pauleka & fashiongonerogue
Share on Facebook Share on Twitter Share on LinkedIn Share on Pinterest
There is something about the quality of the images in the Paule Ka SS14 ad campaign that brings to mind Polaroid photos. From the warmth of the scenes to the rawness of the quality and, of course, the presence of a white border, the images have a vintage appeal that hones in on the ladylike looks featured throughout. Yet overall the fashion showcased throughout is chic and contemporary.