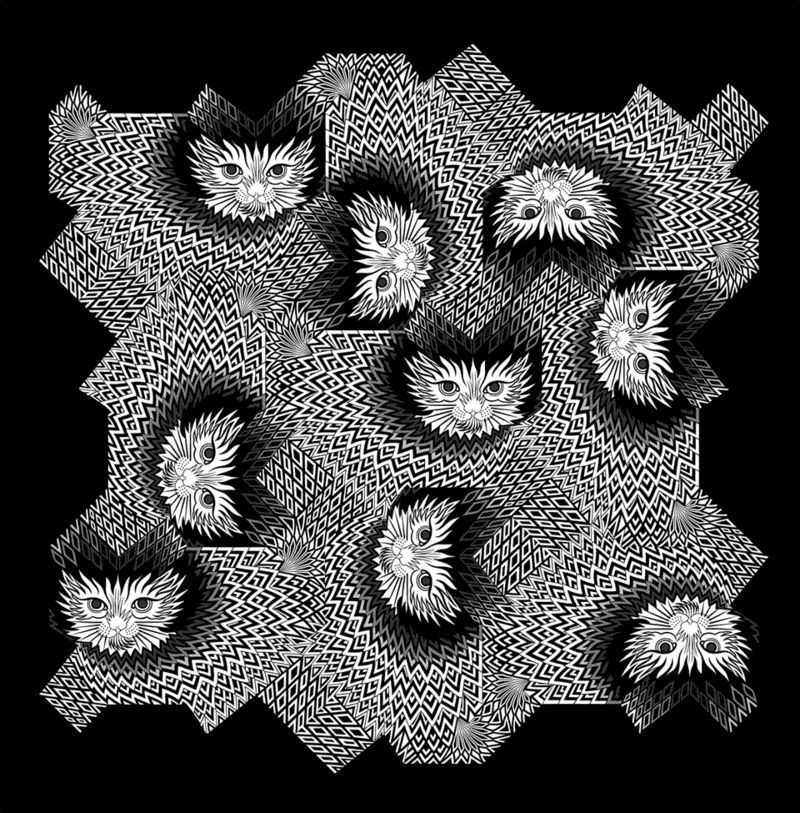 This Animalistic Themed Series is Illusory and Hypnotic

Tong's illusory and eye-boggling pattered illustrations series is made up of mesmerizing graphic designs and typographic artwork. Her mathematical motifs, optical illusions and meticulous detail are so beautifully crafted that it should come as no surprise that her work has appeared in everything from ad campaigns on print and screen to installations to editorial illustrations for fashion prints -- some of her clients include Adidas, Apple, Dell, New York Times and the Prado Museum.