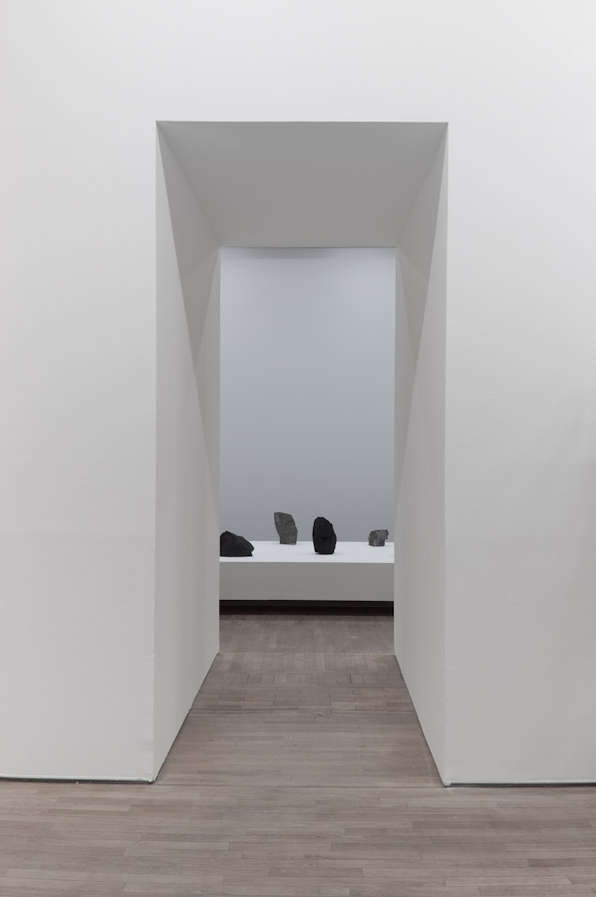 Meghan Young — May 1, 2013 — Art & Design
References: pascalgrandmaison & trendland
Pascal Grandmaison, a Canadian artist based in Montreal, Canada, has put together a very minimalist art exhibit that revolves around a collection of dark rocks. What at first may seem pretentiously simple is actually carefully curated and incredibly thought-provoking. Plucked from Île Sainte-Hélène and Île Notre-Dame, two islands that float in the beautiful St. Lawrence river running through Montreal, Quebec, Pascal Grandmaison painted the rocks in different shades of black to convey a sense of light and shadow.

Comprised of 12 rocks altogether, Pascal Grandmaison's exhibit has been titled, 'I Lost You in the Desert.' By creating a contemplative landscape indoors, Pascal Grandmaison encourages his audience to revel in the sublime, an idea developed by such philosophers as Edmund Burke and Immanuel Kant.
0.4
Score
Popularity
Activity
Freshness