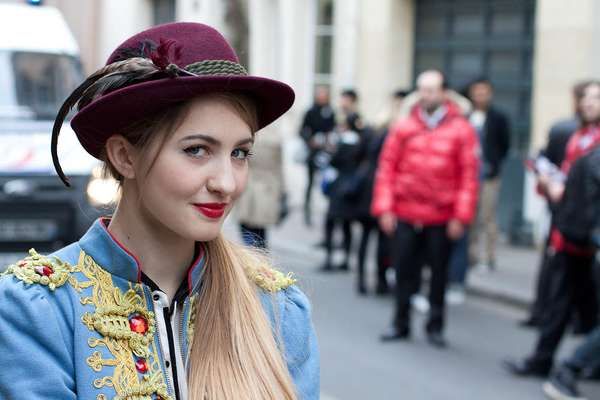 Though the majority of attention has been placed upon the designs displayed by various fashion houses, FashionIndie has indicated that some of the fiercest styles have been those sported by the public as they crowd the French avenues. It would appear that while the city fills with talented couturiers, the citizens of the French streets have responded by rocking their most scandalous looks.

For those lucky enough to be in the city during this week of fashion mania, look out for feather and chiffon additions, bold and bright heels, exaggerated maxi dresses, seductively brimmed hats and sky-high heels. It is clear that in terms of people gawking, Paris has taken the cake.