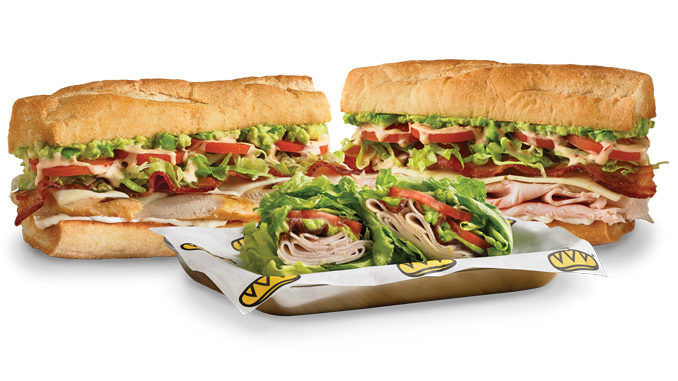 Katherine Pendrill — June 9, 2019 — Lifestyle
References: chewboom
Share on Facebook Share on Twitter Share on LinkedIn Share on Pinterest
In an effort to make sandwich chains a little bit more accessible to those following a paleo diet, Which Wich has rolled out a new Paleo Club. The tasty new sandwich is part of the chain's limited time chef-curated Club lineup.

The new Paleo Club puts a low-carb twist on the classic Club sandwich by swapping buns for a healthy lettuce wrap. Between the greens, customers will find slices of roasted turkey, smoked bacon, creamy avocado, fresh tomatoes, and a little bit of oil and vinegar. The new Paleo Club is also joined by two non-paleo options: the Turkey Club and the Chicken Club.

With a growing number of consumers adopting paleo or other low-carb diets, chains such as Which Wich have made an effort to add more paleo-friendly offerings.