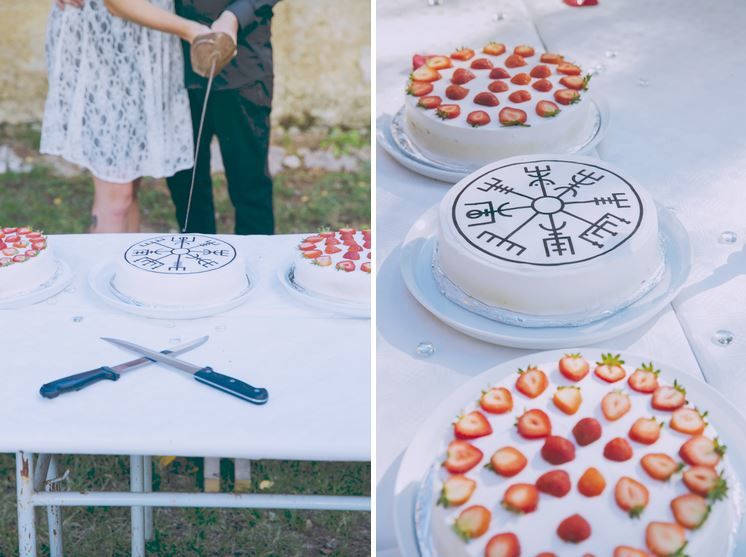 Jana Pijak — June 9, 2015 — Lifestyle
References: khiria & bespoke-bride
Share on Facebook Share on Twitter Share on LinkedIn Share on Pinterest
This Pagan wedding ceremony marked the romantic union between Pavlina and Tomas of the Czech Republic. The happy couple not only chose to celebrate their marriage in a way that was unconventional but stayed true to foreign traditions in the process. Held in a Baroque chateau in the countryside, this Pagan wedding ceremony featured elegant and vintage touches like rustic decor accents and a lush spread of food and custom-crafted desserts.

In addition to the ceremony's savory bites, its handmade cake took center stage thanks to a design that featured religious symbolism. This niche ceremony also featured casual attire that referenced Gothic styling and subtle touches of drama -- bouquets of red roses and black, shimmering heels.

When it comes to modern nuptials, ceremonies are becoming more niche and non-traditional. Inspiring alternative couples, this charming ceremony illustrates the unique interests of its bride and groom.