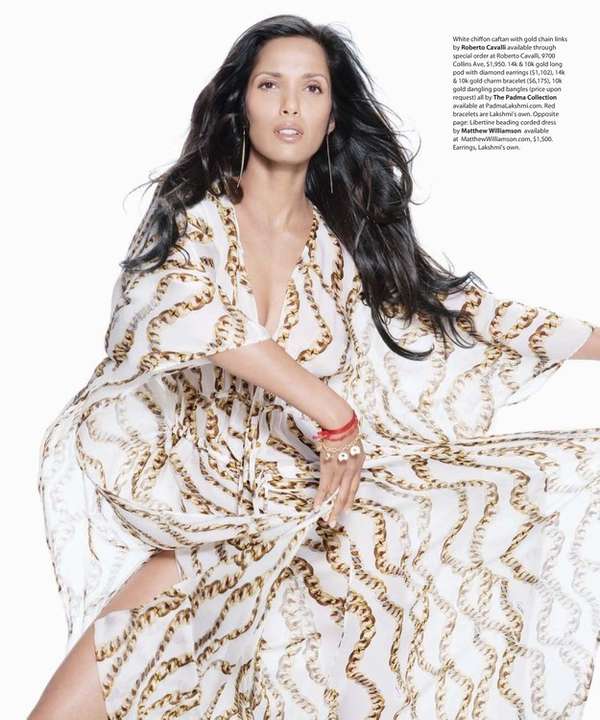 Bianca — April 16, 2009 — Fashion
References: padmalakshmi & zimbio
Share on Facebook Share on Twitter Share on LinkedIn Share on Pinterest
Padma Lakshmi is one of the most influential stars in the media this spring after her sexy cheeseburger commercial and risque ‘The Naked Truth’ Allure Magazine shoot. With her booming fame, it wouldn't be surprising if this cover shoot for Ocean Drive magazine sends fashion connoisseurs straight for the caftan racks.

In the first image, Padma Lakshmi, 38, is pictured in a white Roberto Cavalli gold chain link chiffon caftan, paired with simple yet statement making accessories, all of which are part of her own jewelery line, The Padma Collection.

The Indian-American actress, former model and cookbook star also dishes on her fame in an interview.

"I keep my head down," Padma Lakshmi says of the media spotlight. "Most of it is sweet and flattering. Sometimes it becomes invasive, but any celebrity who tells you they don't know how to avoid it is lying. When you go out, there are ways to be noticed and ways not to be noticed."