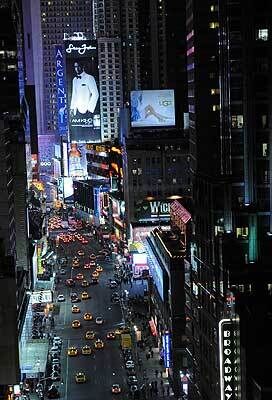 Bianca — December 2, 2008 — Celebs
References: mirror
Share on Facebook Share on Twitter Share on LinkedIn Share on Pinterest
Jennifer Hudson's cheery GAP ad got plenty of attention this season, perhaps even more so than mega million dollar celebrity ad campaigns, like P Diddy's holiday billboard in Times Square. The ad for his new Sean John men’s fragrance, I Am King, is the largest billboard ever to be displayed there.

"I am really proud of the new billboard and of the message that it conveys to everyone who gets to see it."

It seems that although he may have spent a fortune marketing it, GAP's ad campaign featuring Jennifer Hudson still got more publicity than Sean John's holiday ad; it seems size will never be able to compare to controversial news stories.