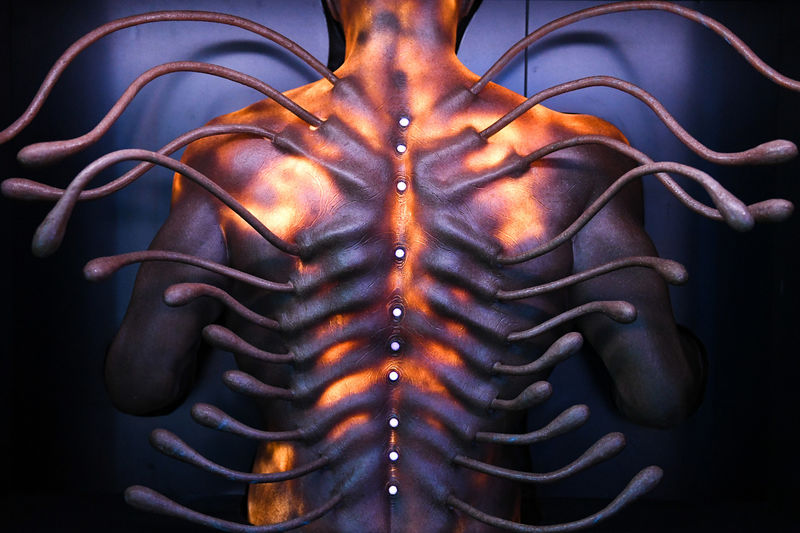 Kalina Nedelcheva — September 6, 2018 — Art & Design
References: ahumanbody & hypebeast
Share on Facebook Share on Twitter Share on LinkedIn Share on Pinterest
An exhibit that is running in New York City until September 30th is displaying a collection of otherworldly installations that absolutely push the boundaries of reality and fantasy. Launched by PR magnate Simon Huck, the exhibition is a look into body modification through the lens of pop culture. Dubbed 'A. Human,' the curated event boasts "Kim Kardashian's protruding skin necklace" and "Chrissy Teigen's chest feathers," among other fantastical environments that largely experiment with perceived realities.

The otherworldly installations are "designed to excite, provoke, and entertain audiences around the world" through the display of chilling, sometimes mesmerizing and sometimes grotesquely altered physical states. The organized exhibit and its otherworldly installations will prove to be an absolute thrill, especially for people who enjoy sci-fi, the unnatural and the eerie.