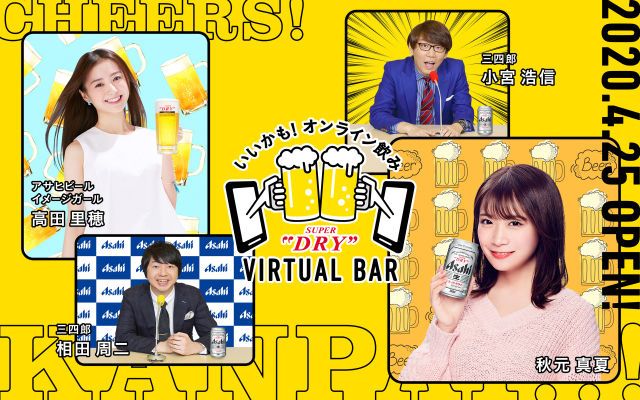 Those who got to participate in the Asahi Online Virtual Bar were chosen thanks to a lottery system and they had the chance to collectively raise their cans of Asahi Super Dry for a toast. As the online event was populated by a great turnout, all but four microphones were muted so that the celebrity hosts could keep the conversation flowing. Attendees also got to learn how to skillfully pour a can of beer into a glass, take a quiz, recreate a popular Asahi Super Dry and change their wallpaper. Soon, another Asahi Online Virtual Bar event will be held for another 1,000 people.