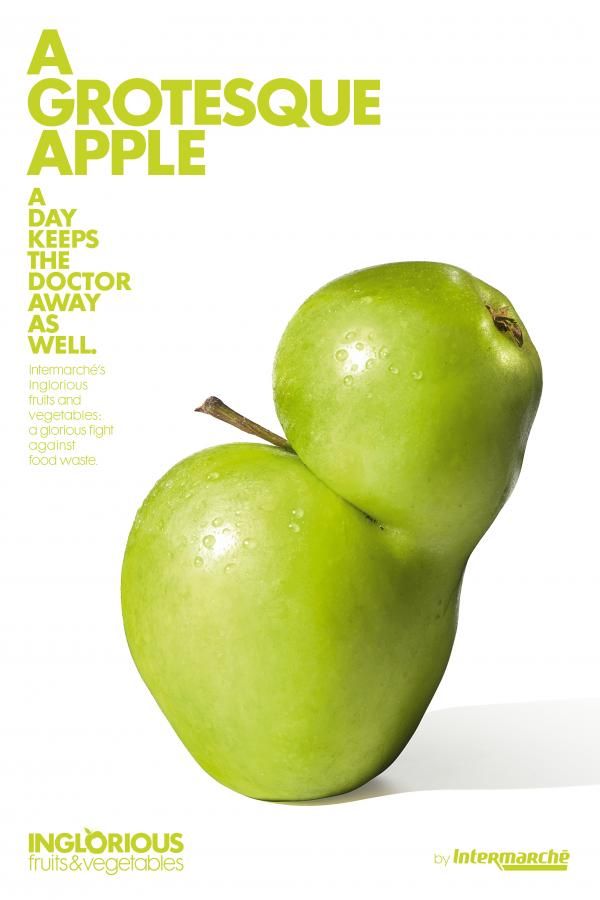 Laura McQuarrie — June 24, 2014 — Eco
References: coloribus & treehugger
Share on Facebook Share on Twitter Share on LinkedIn Share on Pinterest
When shopping for fresh produce, people tend to go for the best looking of the lot and avoid the oddly shaped vegetables and fruits altogether. However, this leads to huge amounts of perfectly good food that is wasted, all because it looks a little funny.

In the fight against wasted food, French grocery store Intermarché launched a campaign to celebrate the most misshapen produce. These print ads by Marcel Paris and Elysian Fields show taglines like "The ugly carrot—in a soup, who cares?" and "The ridiculous potato—elected Miss Mashed Potato 2014." These funny lines are also being used in-store and additionally, the unusually shaped fruits and vegetables are priced 30% cheaper than the prettiest produce. Since the campaign has been implemented, there's been a 60% increase in traffic to the fresh produce sections at Intermarché.
4.9
Score
Popularity
Activity
Freshness
Get Better and Faster