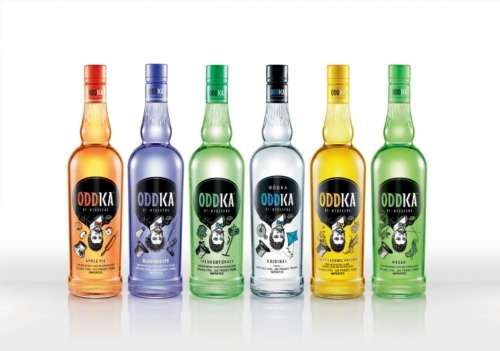 The experimental spirit flavors are unusual, to say the least. They are made for the alcohol connoisseurs who aren't afraid to challenge the norm and expand their palette. The line includes six interesting 750 ml bottle flavors: Original Oddka, Apple Pie, Fresh Cut Grass, Electricity, Salty Caramel Popcorn and Wasabi. All carefully blended by the mascot, Wit Oddoski. The Original Oddka flavor is a meta mix of vodka that tastes like vodka. Electricity tickles your taste buds and Fresh Cut Grass, one of the more eccentric flavors, is described as being crisp with a citrus tang.

Oddka by Wyborowa will be available in certain states such as Rhode Island and Alabama, but won't be globally distributed until 2013.