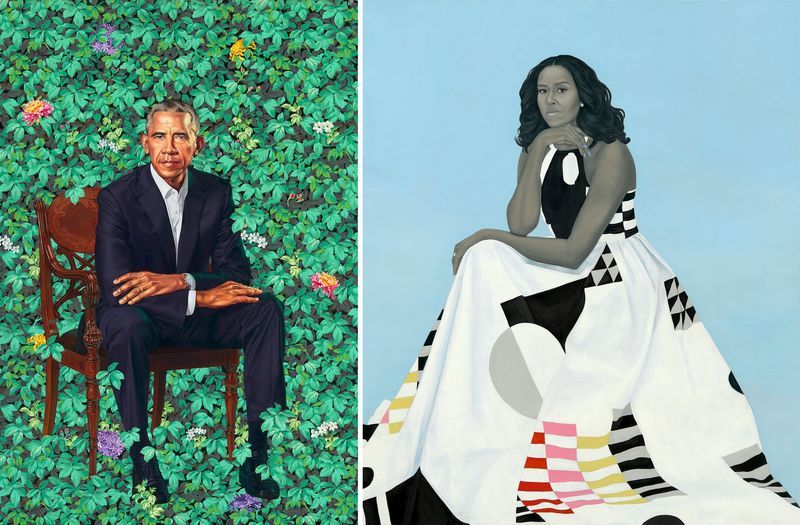 The Obama Portraits Show Barack and Michelle with Symbolic Meaning

Riley von Niessen — February 13, 2018 — Pop Culture
References: npg.si.edu & nytimes
Share on Facebook Share on Twitter Share on LinkedIn Share on Pinterest
The National Portrait Gallery in Washington will now play host to two new works, the colorful Obama portraits that were created by artists Kehinde Wiley and Amy Sherald. Although both Obama portraits are heavy on color, their designs are completely different, with Wiley taking a more realist approach, while Sherald's is a bit more simplistic.

The portrait of the former US president boasts a vivid background that consists of lush greenery, which includes a careful selection of flowers. As the New York Times reports, there are "African blue lilies for Kenya, his father’s birthplace; jasmine for Hawaii, where Mr. Obama was born; [and] chrysanthemums, the official flower of Chicago, for the city where his political career began."

The former first lady's portrait is characterized by a pastel blue background and a beautiful flowing dress designed by Michelle Smith that has abstract designs all over it. With this imagery, Sherald communicates the supreme level of class that Michelle Obama carries herself with, while reflecting her cool composure with the background.