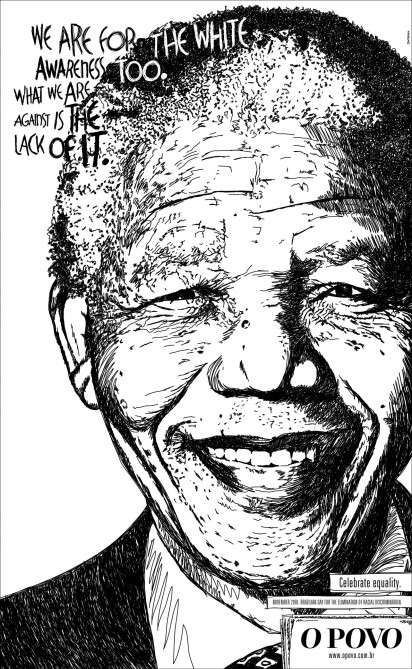 Meghan Young — November 27, 2011 — Pop Culture
References: integra.ru & ibelieveinadv
Share on Facebook Share on Twitter Share on LinkedIn Share on Pinterest
It might not be Black History Month yet, but that doesn't mean people can't honor those who have made some of the greatest impacts on their community. as the O Povo Celebrate Equality ad campaign proves. Celebrating equality shouldn't be reserved for a particular time frame. Instead, equality should be embraced at all times of the year for every single person and group in the world.

Conceived and executed by Íntegra, an ad agency based in Brazil, the O Povo Celebrate Equality ad campaign centers around Edson Arantes do Nascimento, Nelson Mandela and Jimi Hendrix. Each ad highlights a quote by each of these black icons. For instance, according to the ads, Hendrix once stated, "Black music was the greatest rock ‘n’ roll influence. Now can you see why your son doesn’t wear anything but black?"
2.3
Score
Popularity
Activity
Freshness
Get Trend Hunter Dashboard