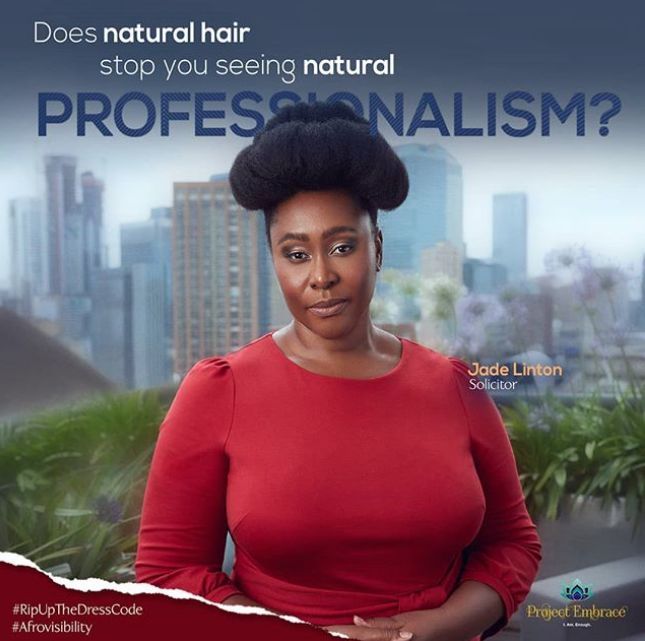 Kalina Ned — August 15, 2019 — Marketing
References: instagram & designtaxi
Share on Facebook Share on Twitter Share on LinkedIn Share on Pinterest
This campaign by community-focused organization Project Embrace challenges stereotypes in the workplace. The initiative is launched in the United Kingdom as billboards and throughout social media channels. The idea behind it is to empower audiences to think twice before placing judgment on women of color in the workplace based on their hairdos.

The campaign deals with "afro-textured hair" which has "always had a bad rep in society" because its manifestation is often "extreme" and not considered "normal" or professional for that matter. Project Embrace attempts to motivate young female entrepreneurs to be themselves despite these facts. Through this marketing campaign that so vividly challenges stereotypes pertaining to natural manifestations, Project Embrace pushes the agenda for inclusivity and acceptance.