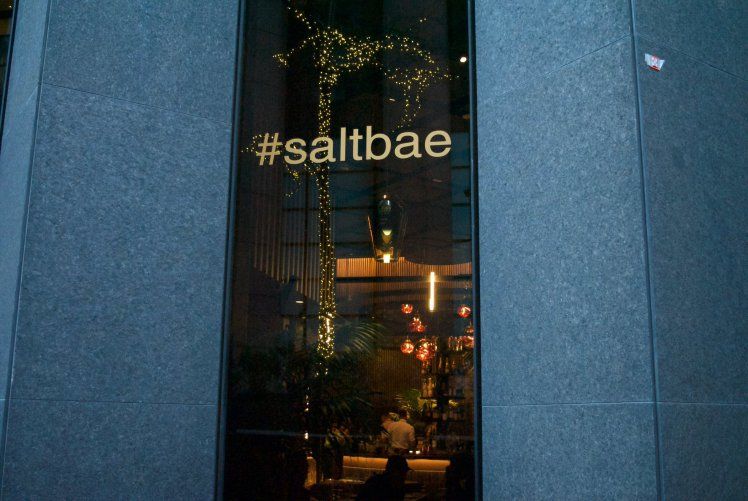 Justin Lam — January 16, 2018 — Marketing
References: metro & grubstreet
Share on Facebook Share on Twitter Share on LinkedIn Share on Pinterest
Turkish chef and living meme Salt Bae finally opened the Nusr-Et Steakhouse, his newest restaurant in New York. The Nusr-Et Steakhouse is Salt Bae's (real name Nusret Gökçe) second restaurant in the United States and is described as a meat-lovers dream. The steakhouse is located in the former China Grill in the CBS Black Rock building. The space will accommodate 150 inside, with an additional 80 outside, and will be producing several cuts of steak, racks of lamb, veal, kofta and steak tartare. Gökçe has no intention of stopping in New York though and already has plans to open another restaurant in London and an unnamed city.

Gökçe rose to prominence after a viral video featured him cutting a steak and salting it with an incredible sense of flair. Since then, Gökçe has accepted the moniker Salt Bae and has used this fame to further his business ventures. He expanded his already impressive restaurant chain and even appeared in ads for Ciroc French Vanilla alongside Diddy and French Montana. In his home country of Turkey, the Salt Bae meme has inspired many young people to take up butchering, a career that was once looked down on by some.
2.5
Score
Popularity
Activity
Freshness
View Innovation Webinars