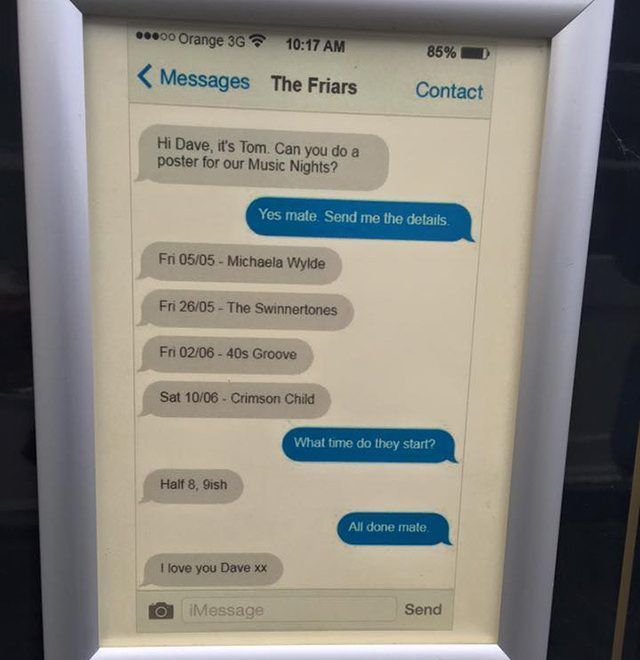 Created as an intentional play on traditional marketing techniques, this advertisement for the Friars pub in Bridgnorth is the ultimate no-effort ad. Consisting of a made-up text message conversation between Tom Hughes (the pub owner), and Dave Blackhurt (the creator of the ad), the campaign depicts Hughes requesting that a poster be made for the pub's up-coming live music nights. Blackhurst makes a cheeky move and frames the fictitious conversation outside of the pub. The resulting poster has since gone viral on Twitter and has garnered the pub extra attention.

In an interview with local newspaper 'the Shropshire Star,' Blackhurst admits he doesn't even own an iPhone and had to Photoshop the no-effort ad.
1.9
Score
Popularity
Activity
Freshness
Jeremy Gutsche Keynote Speaker