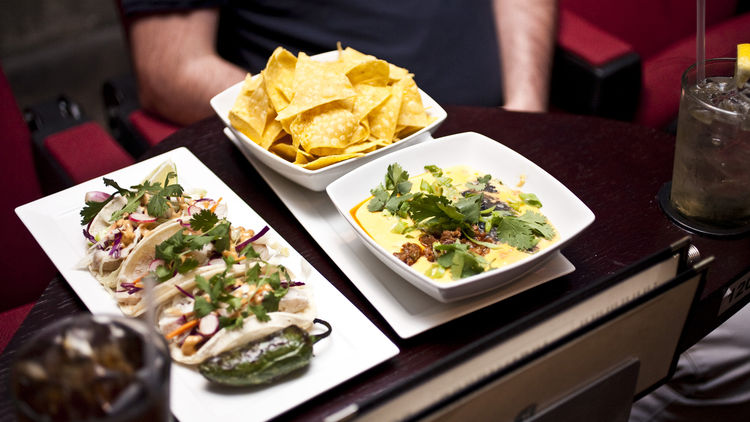 Laura McQuarrie — July 10, 2015 — Lifestyle
References: nitehawkcinema & cnbc
The average dinner and a show is not what you get from New York's Nitehawk Cinema.

The theater now serves a variety of dinner and drinks with its movie screenings, after working with the state in order to renegotiate the liquor laws that once prohibited alcoholic drinks from being served in cinemas. But beyond just offering light refreshments, the NYC cinema makes the experience even more interesting by carefully curating its specials menu to match the newest selection of movies being shown.

Inspired by Ex Machina, the cinema created 'Dancing with Kyoko,' a spicy tuna and vegetable-based dish. Since the father figure character in the Infinitely Polar Bear movie is often tempted by drugs and alcohol, the cinema cleverly renamed cans of Narragansett as 'Dad's Beer.'
2.8
Score
Popularity
Activity
Freshness