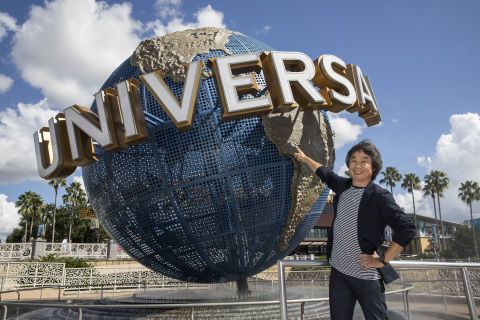 Joey Haar — November 30, 2016 — Pop Culture
References: mashable & businesswire
Share on Facebook Share on Twitter Share on LinkedIn Share on Pinterest
Universal Parks and Resorts and Nintendo have teamed up to bring the video game company's digital worlds into reality with a Nintendo theme park. Thanks to Universal's experience with making the fantasy into an inhabitable space, the Nintendo theme park promises to show off the world of Mario and friends, in particular.

The Mario universe is a fantastic one, but Universal believes it can make it a reality. This includes things like gigantic piranha plants, question blocks, power-ups, and all the characters that add to the gaming franchise's charm.

The Nintendo theme parks are set to be built at Universal Studios Japan, Universal Orlando Resort, and Universal Studios Hollywood. Though based on the world of Mario, the companies assure that there will be something for everyone, regardless of age or gaming experience level.
3.7
Score
Popularity
Activity
Freshness
View Innovation Webinars