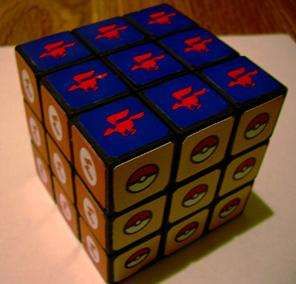 The Nintendo Rubik's Cube is for Patient Gamers

Tisah Tucknott — August 31, 2009 — Life-Stages
References: walyou & gearfuse
Share on Facebook Share on Twitter Share on LinkedIn Share on Pinterest
With the invention of the Wii, there has been a craze for all things Nintendo. The Nintendo Rubik Cube embraces the function of one of the most confusing puzzles ever made, while also staying true to the never-ending love for Nintendo our societies seem to have.

The Nintendo Rubik Cube is covered with images of six video games, including those from Legend of Zelda, Starfox, Pokemon and of course Mario (to name a few).

Implications - Gamer-targeted branding and labelling is a new phenomenon that is burgeoning with business ramifications. Partly due to their interactive nature, but chiefly the result of their 70+ hour length, video games seem inspire unparalleled devotion from their followers. Having said that, a gamer is typically more likely to purchase a product if it incorporates brand elements from their favorite titles.
0.7
Score
Popularity
Activity
Freshness
Attend Future Festival