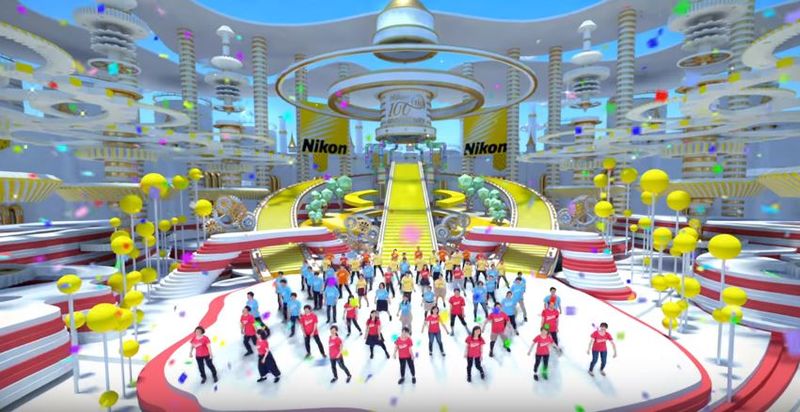 Joey Haar — July 26, 2017 — Tech
References: nikon.co.jp & theverge
Share on Facebook Share on Twitter Share on LinkedIn Share on Pinterest
This year is Nikon's 100th anniversary, and by way of self-congratulation, the historic Japanese camera company has created a Nikon Oz music video. The video, which is set to the song Oz by Japanese pop band Mrs. Green Apple, features a wild and absurd set on which dancers conduct a series of goofy routines.

According to Nikon, the celebratory music video is performed primarily by a "selected team of Nikon employees," with the only addition being the band members from Mrs. Green Apple itself. That seems to be the truth, as the choreography is decidedly simple and amateurishly silly in the most delightful way. Couple that with a fantastical green screen setting that includes dancing camera-headed men, exclamation marks in the sky, and hundreds of balloons, and the video is something to behold.
1
Score
Popularity
Activity
Freshness
View Innovation Webinars