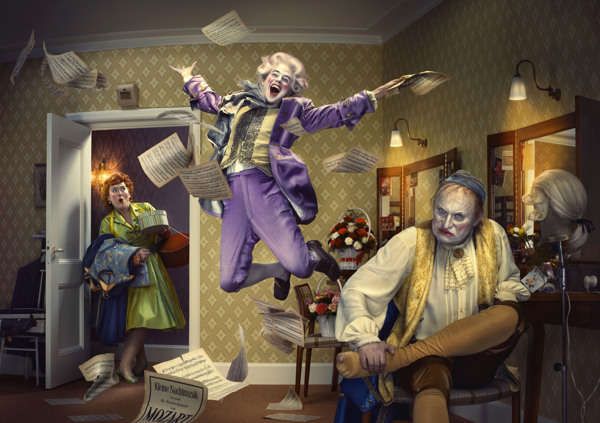 Meghan Young — April 15, 2013 — Marketing
References: magicgroupmedia & behance.net
Share on Facebook Share on Twitter Share on LinkedIn Share on Pinterest
The photo series titled Nieuwe DeLaMar by Erwin Olaf, a photographer hailing from Hilversum, Netherlands, is a set of new images for the theater of the same name. Appropriately theatrical in a stylized manner, the photoshoot captures the essence of the stage in a way that will grab people's attention immediately.

Creative directed and produced by Magic Group Media, Nieuwe DeLaMar by Erwin Olaf shows people exactly what they will get when they visit this particular theater. From fairy tales to Shakespearean plays and other entertaining productions, the theater company is versatile and dramatic.

The images in the Nieuwe DeLaMar by Erwin Olaf are full of life, color and whimsy, the right recipe for a good time.
4
Score
Popularity
Activity
Freshness
Get the 2021 Trend Report FREE