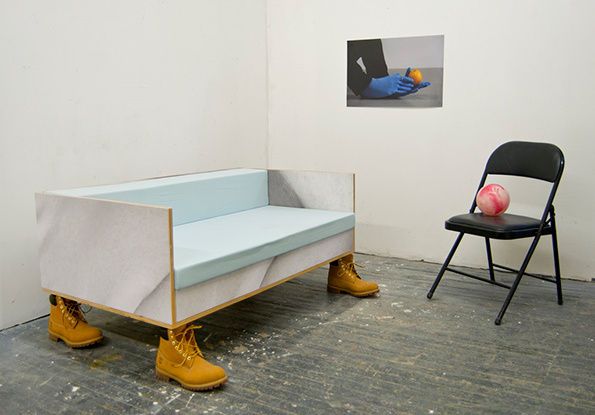 One of Nick V. DeMarco's latest pieces is the Tims Couch, named so for the fact that in place of typical legs, the seat rests on two pairs of Timberland boots. The couch itself is minimalist and modern. The second piece in his 2013 collection is the Void Table. The wooden surface of the table has been cutout with blob-like shapes and replaced with a sort of teal-colored mesh. Malleable, this mesh can hold quite a bit. Both are more like art pieces.