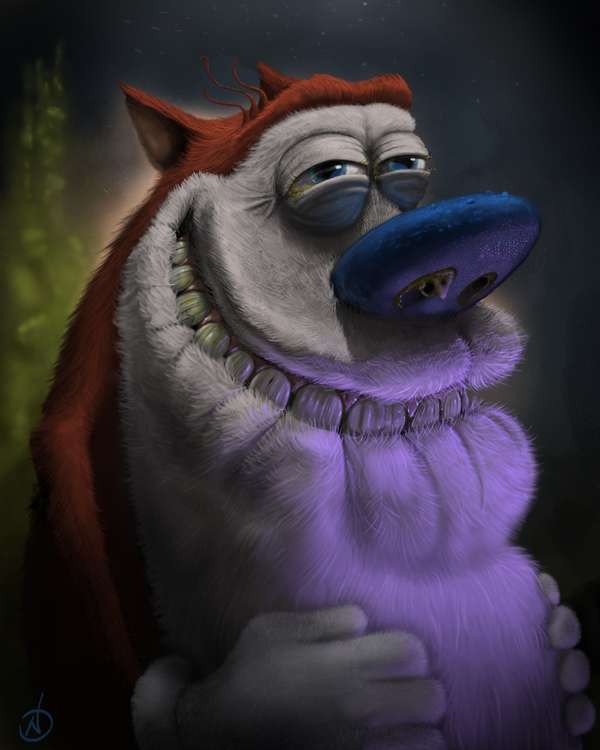 Jason Soy — May 22, 2012 — Pop Culture
References: nickdespain.blogspot & blog.thaeger
Share on Facebook Share on Twitter Share on LinkedIn Share on Pinterest
It’s always fascinating to see cartoon characters interpreted in a realistic manner, and that’s exactly what Nick De Spain has done in these paintings of Ren & Stimpy. The title characters of the popular ‘90s show are illustrated with elements that make them feel more true-to-life, with the inclusion of realistic teeth, fur and snot. Though not photoreal, as De Spain retains almost all of Ren & Stimpy’s cartoony design, these images are likely the closest thing to tangible versions of the two that viewers will ever see.

Just for good measure, Nick De Spain has also painted Herbert, the aged pervert, from the Family Guy series. When he isn’t drawing your most beloved cartoon characters, De Spain works as a Concept Artist at Turtle Rock Studios.