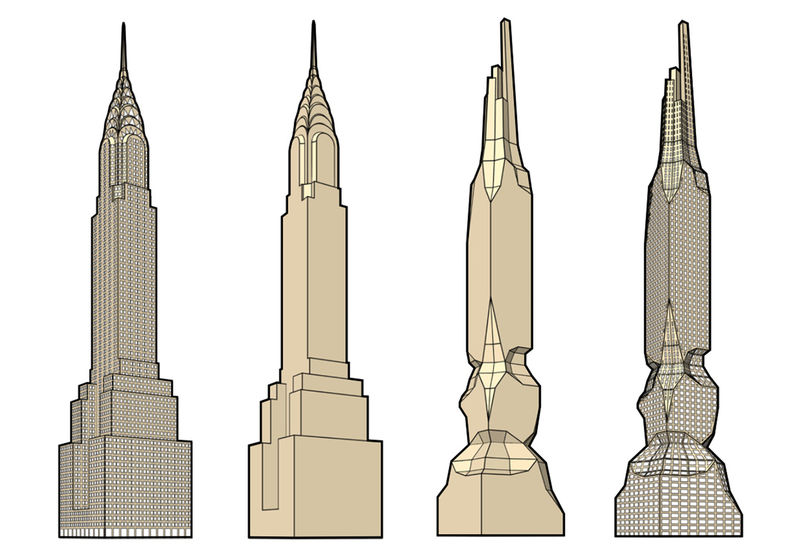 Joey Haar — June 20, 2017 — Art & Design
References: hwkn & archdaily
Share on Facebook Share on Twitter Share on LinkedIn Share on Pinterest
Architecture changes over time, both because of aesthetic choices adapting and shifting and because of changes to municipal regulations, and 'New(er) York' is a conceptual project that delves deeply into those fashionable and practical adaptations. Released by HWKN, a Manhattan-based architecture firm, New(er) York redesigns famous old buildings from around the city according to current tastes and requirements.

New(er) York features adaptations of twelve architecturally distinct buildings from throughout Manhattan. These include world-famous structures, like the Empire State Building, the Chrysler Building, and the Flatiron Building, as well as buildings more revered in architectural circles than in the public at large, such as 214 West 29th Street and the Woolworth Building.

To create its redesigns, HWKN first rendered highly detailed 3D models of its selected buildings. The firm then removed all the extraneous features of the facades, leaving only the pure form of the buildings. HWKN's designers then reshaped these forms according to current styles (without abandoning the key features of the original buildings) and finally added new facade details over top.
1.6
Score
Popularity
Activity
Freshness
Attend Future Festival