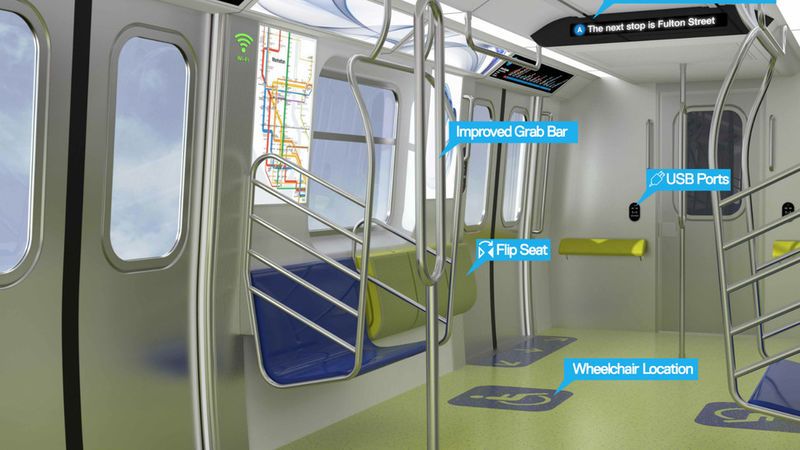 Joey Haar — July 20, 2016 — Autos
References: mta.info & digitaltrends
Share on Facebook Share on Twitter Share on LinkedIn Share on Pinterest
The New York subway system is one of the best in the world, but in order to maintain that reputation, the city and its transit authority, the MTA, are constantly investing more funds into projects to make the system better. With the 2nd Avenue line nearing completion, New York State Governor Andrew Cuomo announced that they will be spending an additional $27 billion on improving the subway cars and stations themselves over the next five years.

One of the hallmarks of the new plans is a focus on integrating technology-friendly systems into the subway cars. According to Cuomo, "People want to work, and they want their device to work 24 hours a day." This means that stations will have Wi-Fi access, even underground, and there will be several USB charging ports on each subway car.