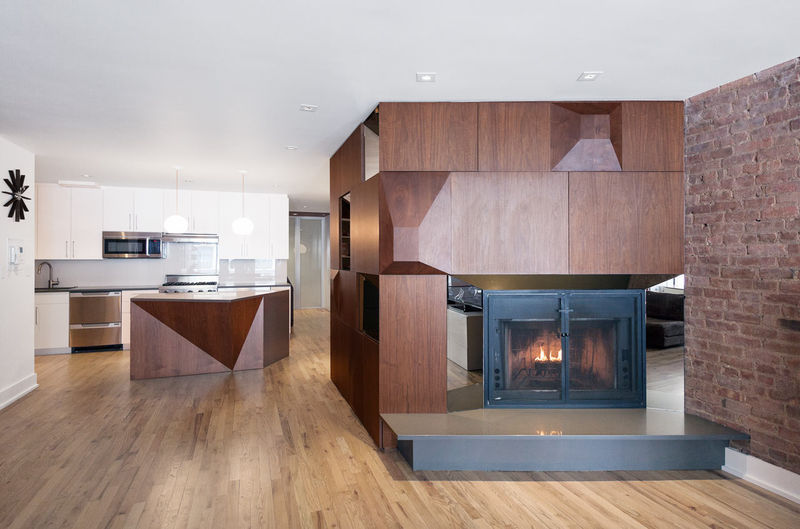 The original plan of the loft had the front and rear of the apartment naturally lit by large windows. However, the kitchen, which was located in the middle, was uncharacteristically dark. In order to remedy this design problem, the layout was inverted. The architects carefully placed mirrored surfaces to reflect and redirect light from other regions of the loft into the center. In combination with translucent walls, the mirrored surfaces cause the space to appear open and bright.

Staying conscious of space, the architects also installed a protruding cube that acts as both a storage unit and a fireplace. The structure incorporates several reflective spaces, which not only reflect light, but also add dimension to the boxy shape.
2.4
Score
Popularity
Activity
Freshness
Get the 2021 Trend Report FREE