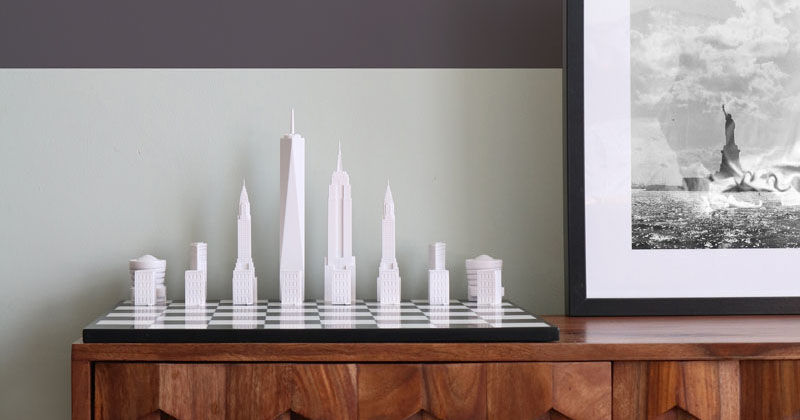 Skyline Chess Has Designed a Chess Board With Famous NYC Buildings

Joey Haar — June 15, 2017 — Art & Design
References: kickstarter & contemporist
Share on Facebook Share on Twitter Share on LinkedIn Share on Pinterest
Skyline Chess, the design company behind the London chess board, is back with a new Kickstarter campaign to fund a similar concept: the New York chess board. As with the London board, Skyline's new venture will replace the classic chess pieces with detailed versions of iconic buildings in New York City.

Chess and New York City have a history with one another. The archetypal image of old men playing chess in the park spurs from the public parks throughout New York's boroughs, and Bobby Fisher, one of the greatest chess players of the 20th century, is a native New Yorker.

The New York chess board features the same buildings for both black and white. The king is represented by One World Trade Tower, the queen by the Empire State Building, the bishops by the Chrysler Building, the knights by the Flatiron Building, the rooks by the Guggenheim Museum, and the pawns by a typical brownstone townhouse.
4
Score
Popularity
Activity
Freshness
Get Better and Faster