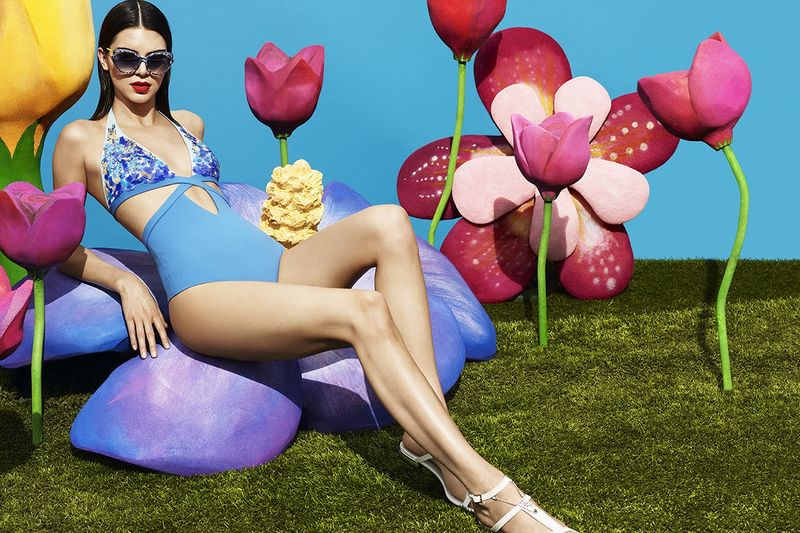 Riley von Niessen — May 19, 2017 — Fashion
References: laperla.borderfree & hypebae
For the Pre-Fall 2017 season, a new La Perla collection was released along with an editorial that features socialite and model Kendall Jenner.

In all of the shots that make up the Italian brand's promotional campaign, Jenner is shown against a vivid cartoon-like backdrop -- with oversized flowers and obscurely colored rocks functioning as some of her props. All of these are embedded into a bed of synthetic grass as well, which further contributes to the summery aesthetic.

As Jenner is shown in various floral prints and bright colorways, she's made to look like she's part of the cartoon-like world she poses in, making for images that are immediately eye-catching and appealing to consumers. In addition, everything that's featured comes from the new La Perla collection and its accessories line to maintain the branded focus.