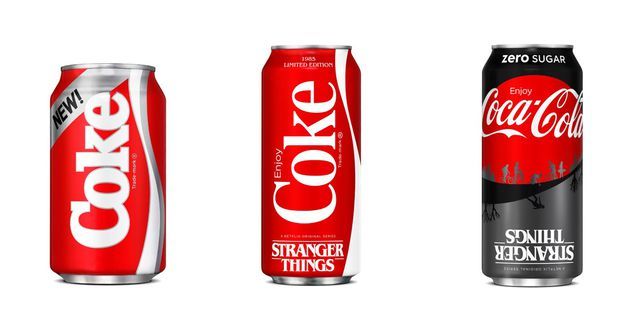 New Coke, which is a sweeter version of the brand's classic soda, originally launched back in 1985, but never quite gained the popularity of products like Diet Coke. However, the product does carry a certain hint of nostalgia. With the drink making a cameo in the newest season of 'Stranger Things,' Coca-Cola decided to bring the product back for a limited time. The New Coke cans and bottles will even be branded with the 'Stranger Things' logo so that fans can truly celebrate the show's return.