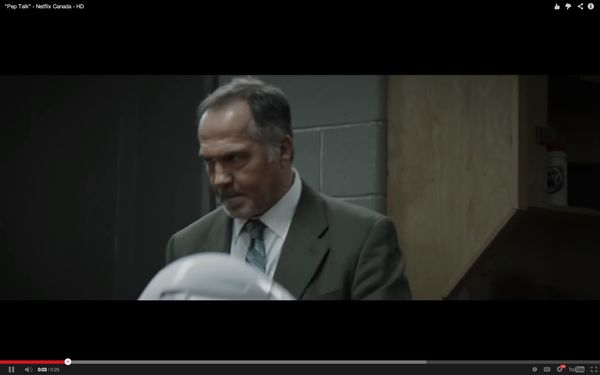 The scene depicts a hockey team about to play a big game, and the coach entering the room attempting to give a memorable speech, like the ones shown on Netflix. Although the film is never mentioned, every player on the team knows what movie he is talking about, and his inspiring speech encourages them to go out there give it their all.

The commercial ends with the phrase, "You gotta get it, to get it." This appeals to Netflix owners because their influence of movies is constantly reflected in their day-to-day life, while they persistently tell their friends and family to get Netflix. Those who don't have Netflix are automatically inclined to get it, so they can be inspired just the same.
1.4
Score
Popularity
Activity
Freshness
View Innovation Webinars