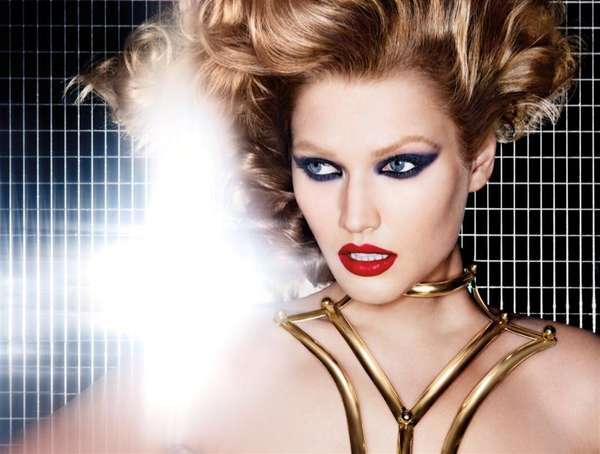 Meghan Young — August 20, 2013 — Fashion
References: narscosmetics & fashiongonerogue
The NARS Cosmetics Fall 2013 ad campaign looks as though it stars a '80s rock starlet. It reality, model Toni Garrn has simply been given a dramatic retro makeover for the photoshoot. The curly hair, dark eyes and red lips all work together for an ultra glam look. Considering that the ad campaign showcases the Eye Paint line as well as a collection of signature eyeshadows in particular, it is no surprise that it went down this route.