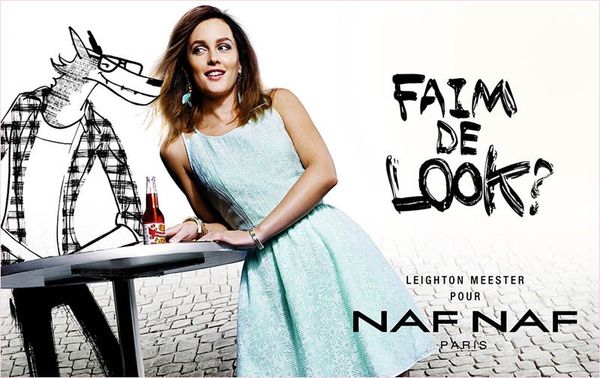 Meghan Young — April 9, 2014 — Fashion
References: nafnaf & fashiongonerogue
The Naf Naf Spring 2014 ad campaign brings a playfulness to the feminine collection by way of an illustrated admirer courtesy of French artist Rémi Saillard. Yet American actress Leighton Meester doesn't seem at all perturbed at the idea that her co-star is not only a drawing, but also a dog, which has some funny connotations. After all, she is dressed for attention.

Shot by photographer Steve Hiett, the 'Gossip Girl' star channels a bit of her career defining character in the Naf Naf Spring 2014 ad campaign. Stylish and girly, there is nevertheless an urban touch to the looks that was never apart of Blair Waldorf's closet. The looks are perfect for the spring season.
1.5
Score
Popularity
Activity
Freshness