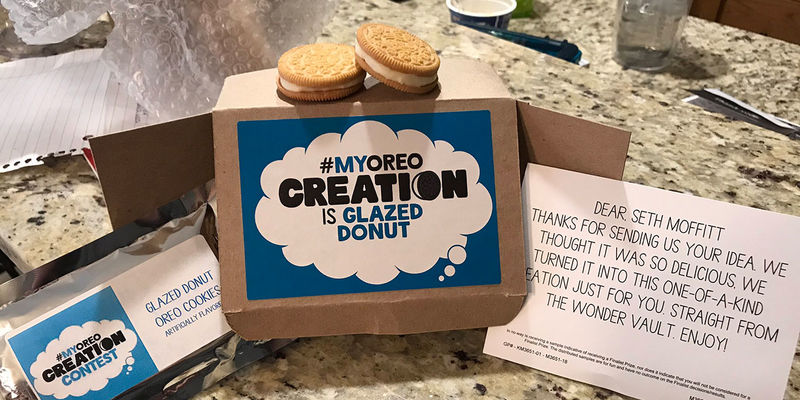 Laura McQuarrie — July 1, 2017 — Marketing
References: mondelez.promo.eprize & adweek
Some of the unconventional Oreo cookie flavors that have been launched over the years include everything from cotton candy to watermelon, and the legendary cookie company is continuing to experiment with its #MyOreoCreation campaign.

With #MyOreoCreation, Oreo fans are invited to submit their inventive flavor ideas in the hopes of them being produced by the company. While there are plenty of similar snack invention contests that have been launched by other big-name brands across the food and beverage industry, fans rarely receive individual recognition for great ideas. As such, Oreo is making small-batch prototypes of inventive cookie flavors and sending them back to fans to test.

Some of the unusual flavor ideas that are being considered include Pineapple Upside-Down Cake, Raspberry Danish and New York Cheesecake.
6.2
Score
Popularity
Activity
Freshness