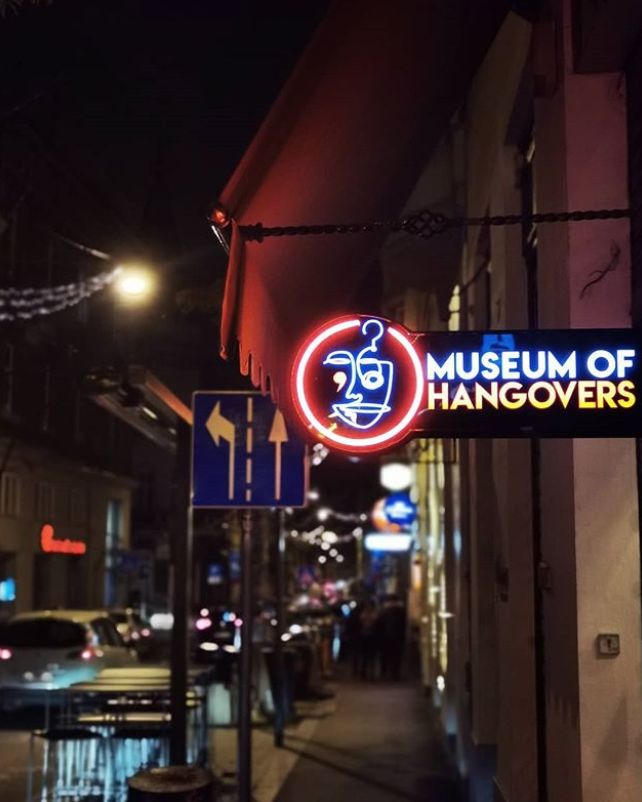 The Museum of Hangovers Has Just Opened Up in Croatia

Katherine Pendrill — December 28, 2019 — Lifestyle
References: instagram & delish
If you're looking for a way to relive some of your best nights out, the Museum of Hangovers is the perfect place to visit.

The Museum of Hangovers is the brainchild of Rino Dubokovic, who dreamed up the idea while swapping hangover stories with his buddies. As Dubokovic told CNN, he realized it would be fun to create "some sort of collection where all these objects from drunk stories would be exposed together with their stories." Thus, the Museum of Hangovers was born and is now officially open in Zagreb, Croatia.

Inside the museum, you'll find hangover-themed exhibits, such as objects that people can come with after a night of boozing it up. There's also an interactive beer goggles activation and a gift shop where you can pick up a bottle of Hangover Wine.