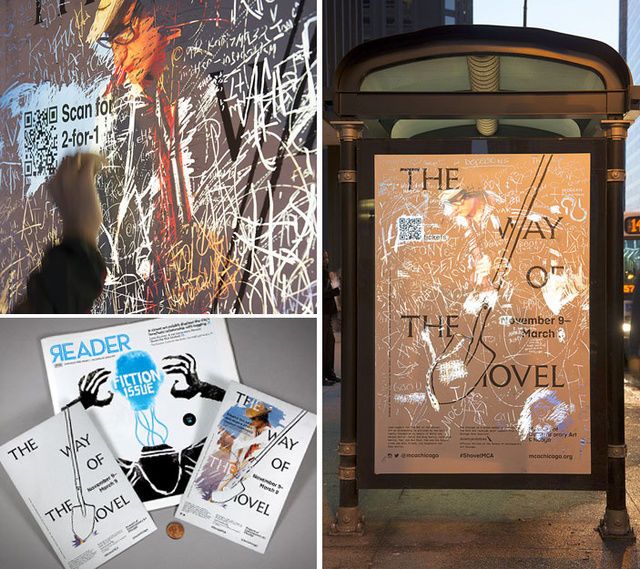 Laura McQuarrie — April 26, 2014 — Marketing
References: theatlanticcities & creativeguerrillamarketing
Share on Facebook Share on Twitter Share on LinkedIn Share on Pinterest
As part of a brilliant promotion for 'The Way of the Shovel: Art as Archaeology' exhibit at the Museum of Contemporary Art Chicago, a series of scratchable ads were set up, literally giving people a taste of the exhibit, as well as the chance to become excavators themselves.

The ads begin off plain white with text that reads "The Way of the Shovel" and the surface is made to be scratched just like a lottery ticket and reveals a treasure underneath—a totally different colored advertisement. On a deeper level, the posters serve as a commentary for the need to celebrate and preserve art, but on the surface, they're also a pretty great way to kill some time at the bus stop.

The bus shelter ads for the Museum of Contemporary Art Chicago were set up by Classic Color printers and to make the advertisements even more dynamic, they were printed on transparent plastic, which was also back-lit so the ads glow at night. The concept and design were done by Romain André and Michael Savona for the Museum of Contemporary Art Chicago -- a destination that is a must for art-lovers attending Trend Hunter’s Chicago innovation conference.
3.6
Score
Popularity
Activity
Freshness
Attend Future Festival

Money-Filled Movie Posters
This Bus Shelter Ad for the Wolf of Wall Street Uses a Real $10,000