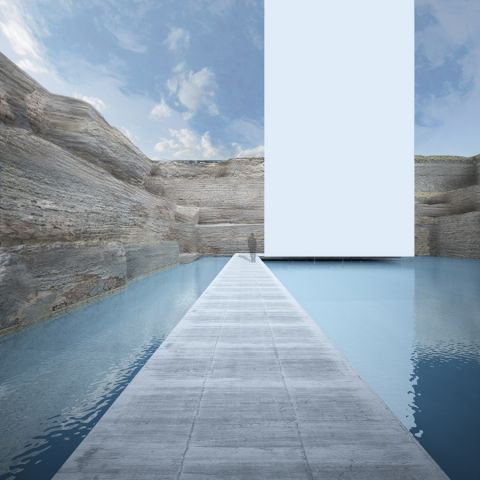 The Museum of Civilisations by GM Architects is Surrealist

Jana Pijak — June 10, 2014 — Art & Design
References: frameweb & frameweb
The Museum of Civilisations by GM Architects is designed to represent the essence of archaeology. The structure's concept was conceived by the Lebanese architecture firm who are set to build the project in Beirut's centre on Martyr's Square.

The contemporary structure relies on modernist design ideals and features a mix of metal scaffolding and stone platform elements. These structural accents allows visitors to descend into the twenty metre deep abyss of intact ruins. Moreover, The Museum of Civilisations by GM Architects is also set to feature a platform path that will sit above a pool of water designed to represent the Mediterrnean Sea, a cradle of Lebanon's historical civilizations.
1.2
Score
Popularity
Activity
Freshness