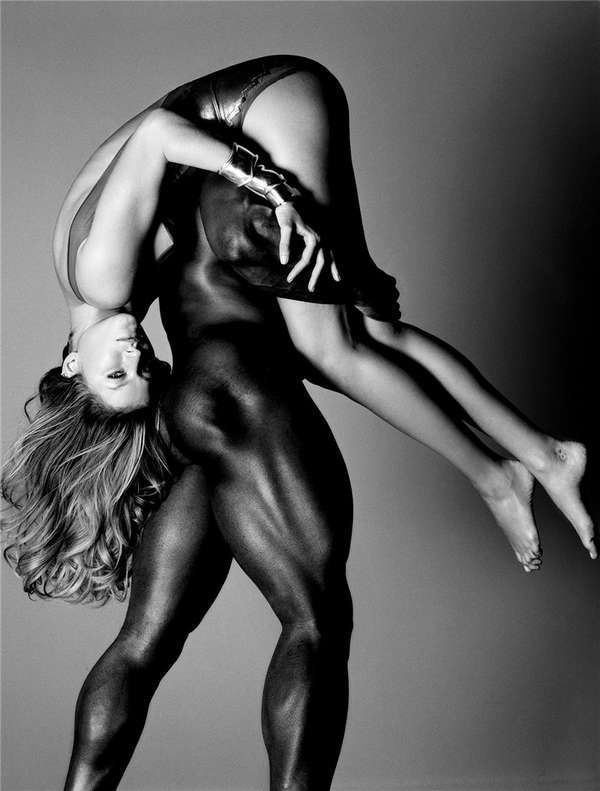 Gisele Gets Swept Off Her Feet for Solve Sundsbo

lourdes sanchez bayas — April 29, 2009 — Naughty
References: imarinstock.blogspot
Share on Facebook Share on Twitter Share on LinkedIn Share on Pinterest
Throughout her career, über model de lux Gisele Bündchen has been captured in some of the most provocative and tantalizing photo sets I have seen. Having said that, this electrifying gallery of black and white snaps of Gisele literally getting swept off her feet by very muscular black male models must be, as far as I am concerned, right up there with some of the most erotically-charged photo sets I have seen coming from the supermodel.