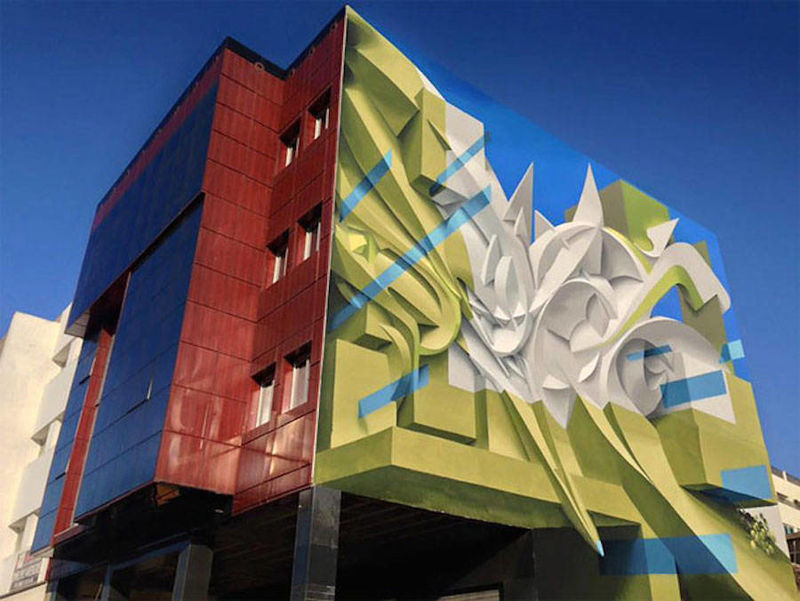 These Stunning Murals in Italy Were Done by Manuel Di Rita

He does this by focusing on certain elements of his canvases, helping him to use colors that especially pop out, as well as careful shading that complements them. Peeta has a style that's become iconic -- with his murals in Italy decorating entire sides of multi-storey buildings, underground walkways and much more. In each of his pieces, the artist works to complement the natural surroundings of his canvases, allowing them to blend in seamlessly while bringing a unique element simultaneously.

For example, one of the murals in Italy covers the side of an apartment building, which has a bright blue sky as its backdrop. Peeta incorporates this into the painting itself, making the building appear as if its carved out into the abstract shapes he creates.
4
Score
Popularity
Activity
Freshness
Attend Future Festival