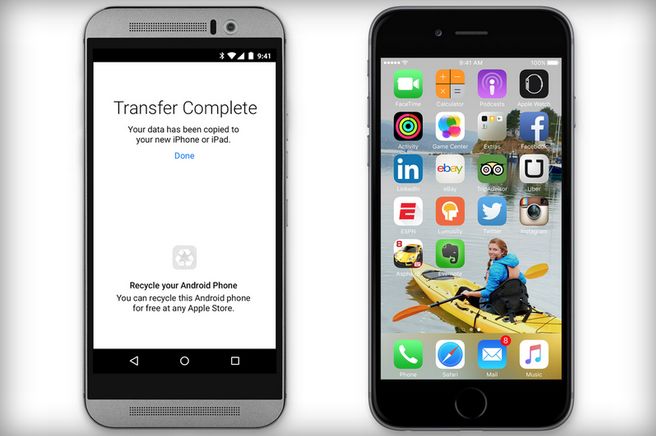 Meghan Young — June 9, 2015 — Tech
References: apple & theverge
Share on Facebook Share on Twitter Share on LinkedIn Share on Pinterest
The competition between Apple and Android products has just been taken up a notch thanks to the former's latest announcement about the development of its Move to iOS app. Aptly dubbed, it will "help transfer essentials like contacts, messages, calendars, mail accounts, and media from an Android device to any iPhone or iPad running iOS 9," writes The Verge. All of this can be done wirelessly.

What makes the Move to iOS app exciting is the fact that it makes the current step-by-step tutorial so much more convenient and effortless. It will also evaluate apps on Android devices and suggest iOS counterparts so users don't lose a step. As for the end game, The Verge concludes, "But the message is clear: even though Apple is eventually bringing its new music service to Android, its first priority remains boosting the total number of iOS users."
1.2
Score
Popularity
Activity
Freshness
Attend Future Festival