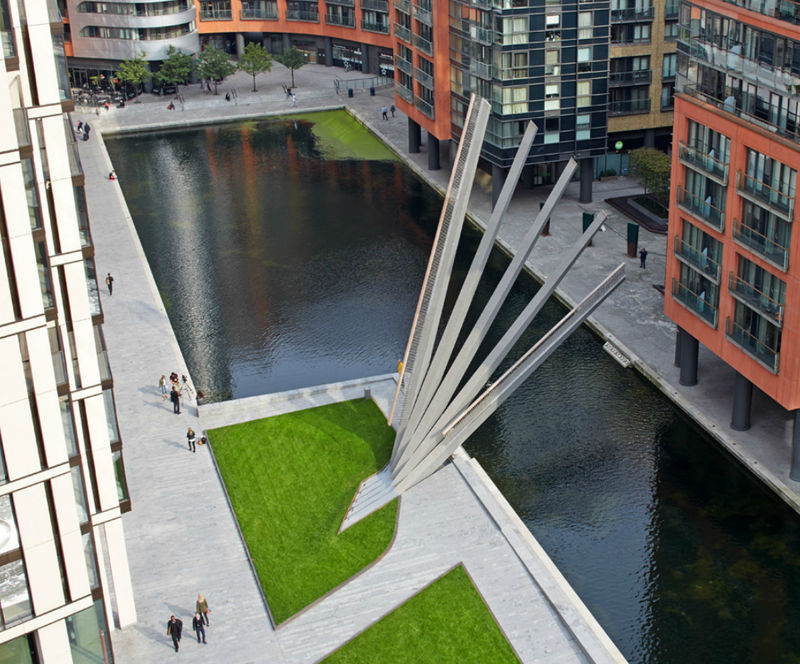 The Merchant Square Footbridge Opens and Closes Like a Fan

Meghan Young — October 8, 2014 — Art & Design
References: knightarchitects & thisiscolossal
Share on Facebook Share on Twitter Share on LinkedIn Share on Pinterest
Merchant Square found in London, England, is now home to one of the most striking movable bridges on the planet. Opening and closing like a fan, the concept was revealed earlier last year and has since been unveiled this month. A simple idea with a spectacular function, the movable bridge is made up of 5 steel beams that open and close in sequence.

Designed by Knight Architects with the help of structural engineers AKT II, it uses a system of hydraulic jacks and counterweights to execute this daily performance. Interestingly, when in its natural resting position, the movable bridge looks absolutely normal. The architects say, “Beautiful, efficient bridge design should satisfy both artistic and scientific analysis to be visually legible and structurally truthful."
1.5
Score
Popularity
Activity
Freshness
Get Trend Hunter Dashboard