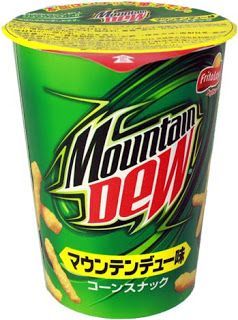 Meghan Young — January 7, 2014 — Lifestyle
References: brandeating & neatorama
The Mountain Dew Cheetos does not seem like a match made in heaven. But it does seem like a gimmicky combination worthy of attention by both fans of these two snacks as well as the press, hence its creation. Resulting in something akin to "sweet lemon lime chips," as noted by Redditor jumblebutt, the user goes on to say, "While they're not as gross as I expected, they certainly aren't enjoyable. It's a pretty weird taste."