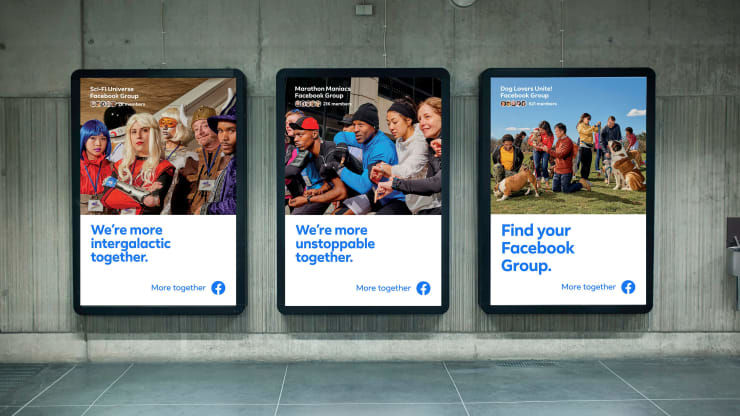 Grace Mahas — October 30, 2019 — Marketing
References: facebook & cnbc
Facebook recently launched the 'More Together' brand campaign that showcases how using the social media site can bring people together. As part of the campaign, the e-commerce site launched the 'Game Day' commercial that tells the story of two different men, one a firefighter and one a locksmith, at the end of their workday. They make it home to their young daughters and they help them pick out baseball jerseys.

Next, we see both father-daughter-duos at a baseball game enjoying themselves. One of the fathers snap a picture and posts it in the Facebook group 'Dads with Daughters.' The commercial reveals that the two fathers met on the Facebook group and, even though they cheer for different teams, they made a connection through using the social media site. It concludes by stating: "Let's find more that brings us together."