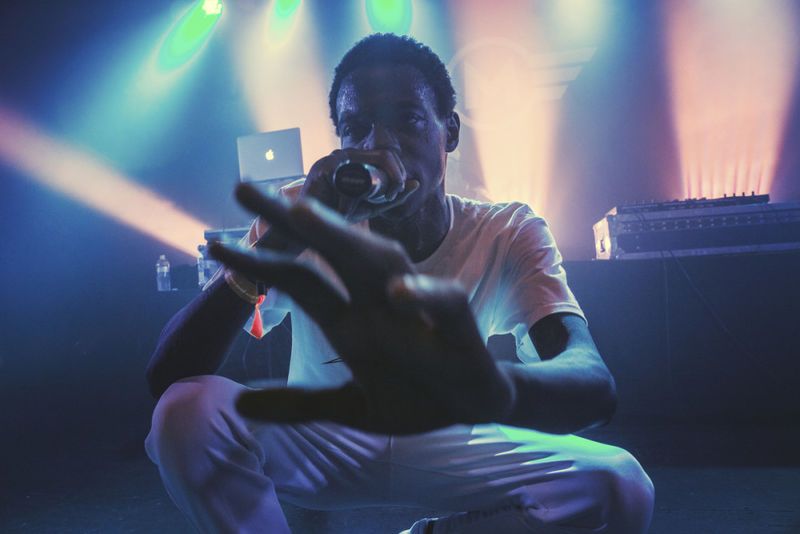 Moogfest 2017 Serves as the Synthesis of Music, Art, and Technology

Katherine Pendrill — April 17, 2017 — Marketing
References: moogfest
Share on Facebook Share on Twitter Share on LinkedIn Share on Pinterest
Since 2004, Moogfest has served as the ultimate destination for designers, entrepreneurs, inventors, artists, scientists, engineers, musicians and anyone else interested in exploring the future of creative thinking. Unlike other tech conferences, this mind-expanding event brings together the best of music, art and technology to serve as the ultimate platform for creativity and experimentation. Set to take place in Durham, North Carolina, from May 18th to 21st, the event’s mission is to "Grow a global community of futurists who explore emerging sound technologies and design radical instruments for change."

Moogfest was originally held as a tribute to Dr. Robert Moog, an engineer who developed technical and musical tools that could be used for creative expression. For more than 60 years, Bob Moog and Moog Music worked to pioneer the analog synthesizer and other music technology that has helped artists all over the world and has fundamentally changed the way music is created. It is this intersection of music and engineering that is captured by Moogfest and celebrated by futurists from across industries.

Of course, the combination of music, technology and art means that Moogfest is unlike any other event. Indeed, Moogfest sets itself apart from other events by combining the educational aspects of a tech technology conference, with the fun and energy that accompanies a music festival. While it may sound unusual, the event is perfectly curated to give attendees the best of both worlds, all in the same day. This means that attendees can spend the morning attending hands-on workshops such as "Building Your Own Synthesizer", enjoy an afternoon of film screenings by talented young directors such as Zena Loxton and take in engaging performances such as Michael Stipe’s never-before-seen audiovisual installation. There will also be empowering keynote speeches by world-renowned thinkers such as Dr. Kate Shaw of CERN and Joe Davis of MIT. Together, these different elements give attendees a space to explore the future of thought and how these cutting-edge ideas intersect.

However, by night the emphasis is squarely on the future of sound, with musical performances throughout the city by pop pioneers, electronic innovators and avant-garde experimentalists. This year’s list of musicians is nothing short of impressive, with a lineup led by artists such as Flying Lotus and Animal Collective. Other must-see performances include Suzanne Ciani, Talib Kweli, Omar Souleyman, Mykki Blanco, Jessy Lanza, SURVIVE, Princess Nokia, Peanut Butter Wolf and more.

For those who love probing the themes of technology and futurism while seeing some of their favorite artists take the stage, Moogfest 2017 is the perfect place to experience it all.
6.9
Score
Popularity
Activity
Freshness
View Innovation Webinars
play_circle_filled