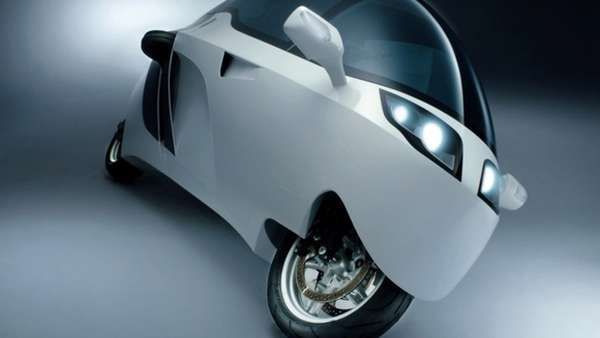 The Lightcycle is Incarnated as the MonoTracer

With an admittedly strange design, the MonoTracer is prepared for release by automative manufacturer Peraves. At the price of a cool $114,600, this two-seater will take you over 300 km on a single charge, thanks to the car's powerful lithium-ion batteries. In fact, the Guinness World Record has inaugurated the MonoTracer as the fastest, most efficient electric vehicle available. Suffice it to say that it can whiz down highways at speeds of 250km/hr with ease.

Although it doesn't leave a colored light stream in its wake, the MonoTracer meets the standards of its imaginary counterpart in almost every way. Luckily, you'll probably use this e-car to chaperone dates instead of fighting the insidious Master Control Program!
5.9
Score
Popularity
Activity
Freshness
Jeremy Gutsche Keynote Speaker